Please Note: You should only use this method on Dedicated Servers if the normal reboot command doesn’t work. If you forcibly reboot a Legacy Virtual Machine, you risk losing recent changes to your system or causing data corruption as it is the same as ‘pulling the plug’.

Once you’ve connected to the console shell you may invoke the actions menu by pressing Ctrl+p Ctrl+o.

Select ‘Reboot your server’ and you will be guided through the rebooting process.

Here is what the process looks like for a Legacy Virtual Machine (the process will be similar for a Dedicated Server): 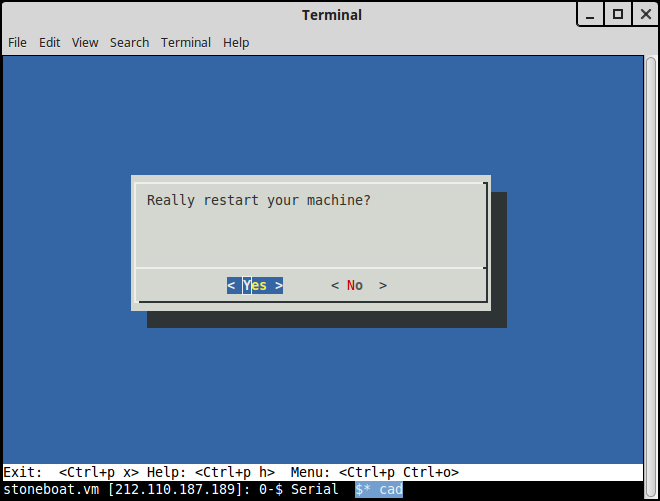 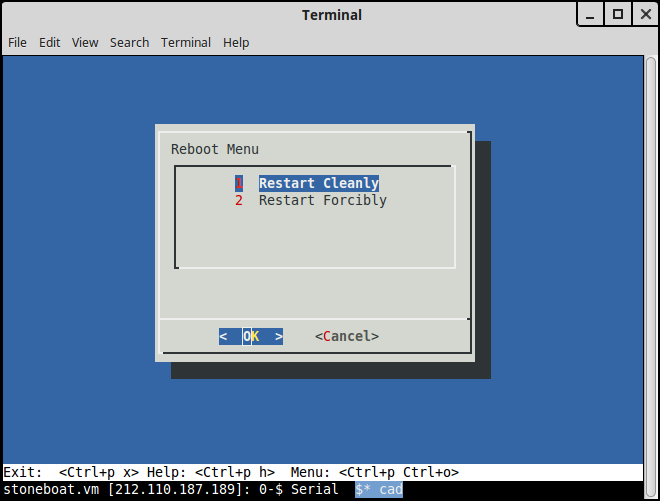 After making your choice your machine should reboot, and you should receive a final confirmation dialogue.

The above mechanism is best suited when interactively controlling a server’s power, but it is less convenient for power fencing defective nodes in a cluster.

It is possible to control the power of a server by connecting to the console shell with one of the following commands poweroff, poweron, powercycle or powerstate, for example:

The exit status will indicate whether the machine was successfully powered down or not.

powerstate returns the current status of the server’s power, one of ON, OFF or MIXED(when the machine has more that one PSU connected and they are not all in the same state).

Was this article helpful?

Have you tried Kubernetes?
Kubernetes (K8s) is helping enterprises to ship faster & scale their business. Sounds good? Let us build a K8s solution for your needs.
Register your interest

Have you tried Kubernetes?

Kubernetes (K8s) is helping enterprises to ship faster & scale their business. Sounds good? Let us build a K8s solution for your needs.
Register your interest